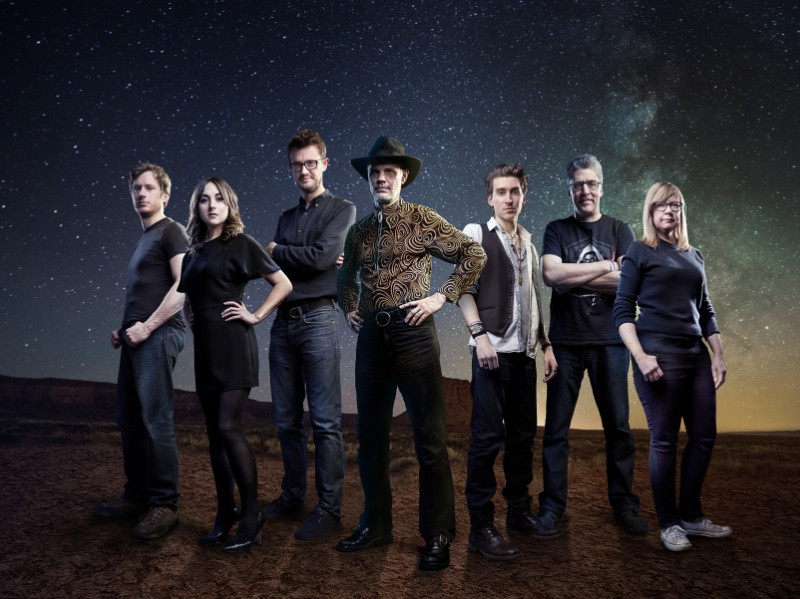 John Landau & The Giants play soulful Americana – fun, friendly music that has bite. The eight-piece ensemble includes Natalie Law on vocals, Andrew Hayes on keyboards, Bronwyn McMahon on bass and vocals, Mike Hollis on drums, Jez Hollis (Mike’s son) on guitar and saxophone, Michael Lovatt on cornet and vocals and Tim Owen on trombone. Together with Pennsylvania-native songwriter John Landau on vocals and guitars, the band have forged a sound that draws from blues, country, funk, pop and folk and blends it all together with a healthy dose of rock and roll for music that satisfies without the need to categorize.

They will be joined by their constant co-conspirators Fire At Will, featuring William Owen on vocals and guitar and Hannah Trett on bass and vocals. The two joined-at-the-hip bands have played many shows together, including a long residency at The Old Vic Pit Bar and several Grand Album Project shows, featuring complete LPs including The Beatles’ Abbey Road, Rumours by Fleetwood Mac, The Last Waltz by The Band and Van Morrison’s Moondance