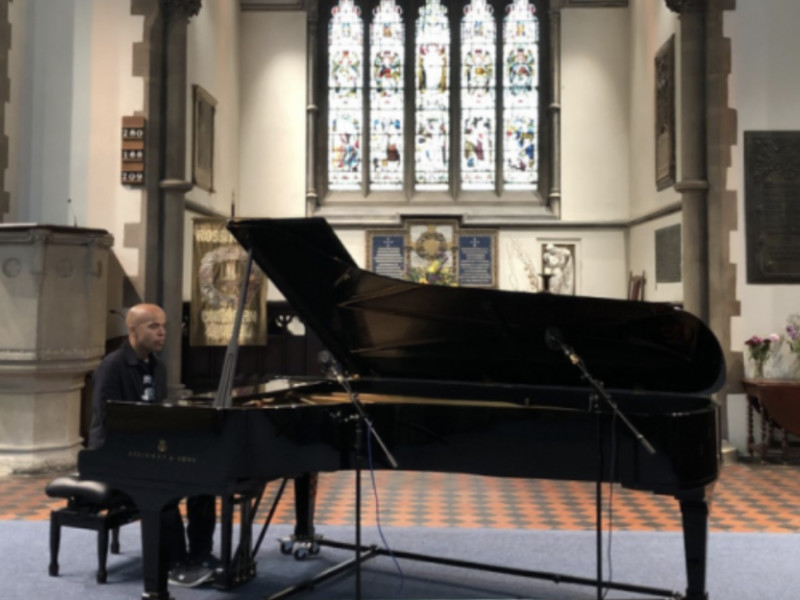 Vince Pope is perhaps more well known for writing music for hit TV shows like Black Mirror, Misfits and Wallander. His soundtracks have seen him nominated for a Bafta and win Royal Television Society Awards for best music. His film credits include the much lauded Tigers Are Not Afraid, a film that Guillermo Del Torro described  as “one of his favourites”. But more recently he has started to write and perform his own music and as a pianist and composer his music crosses the boundaries of Classical and Jazz and has a Neo-classical aesthetic reminiscent of composers such as Ludovico Einaudi and Max Richter.

Vince’s two album releases are an expression of the direction his music is taking and his most recent EP release – Three Days Until Tomorrow – was described by Mary Anne Hobbs on BBC Radio 6 as “Beautiful… his music explores the elastic nature of time”. For the Festival he performs music from his recent album releases “Messages” and “Awakening” and is accompanied by a string trio. The music is melodic and wistful and as Vince says “hopefully my music brings people into a place of peace and tranquility, and in some small way provides a calmness and an antidote to today’s more disposable pleasures . . . ”