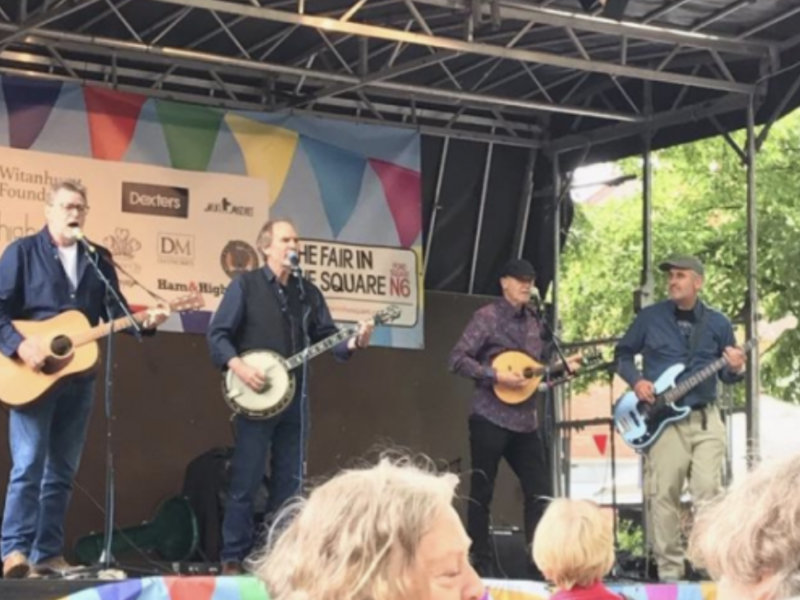 The Archway Mountain Lightnin’ Boys is a North London based bluegrass band, most of whose members live in or around Highgate. The band had its first public performance in 2014 and plays regularly in pubs and at festivals and are also known for occasional ‘pop up’ concerts in Waterlow Park and Pond Square. They have an eclectic repertoire, which extends beyond traditional bluegrass songs to include folk, indie and rock tunes, as well as the occasional renaissance madrigal recast in a bluegrass idiom!

The band will be playing two sets between 5:30–7pm.